PARSIPPANY, NJ – August 25, 2020 – For the associates of Planned Companies, sometimes it’s not a normal “day at the office” in their line of work. Recently, this rang true for two Planned Companies security guards, one based in New Jersey and the other in our nation’s capital, Washington, D.C. 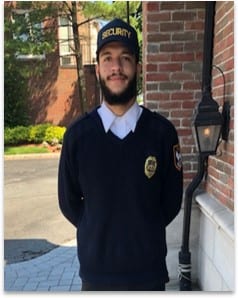 From the smell in the air, Jorge Rodriguez knew something was amiss at his assigned building in Fort Lee, New Jersey. He smelled smoke – the kind of odor that could only be associated with a dangerous fire. It was 6 a.m. on a weekday and too early for anyone else to notice. Rodriguez alerted 911, sending the local fire department to the neighborhood and preventing a more serious catastrophe including a potential for injury and loss of life.

Terrell Washington, a Planned Companies security guard based at a Washington, D.C. condominium building, saw someone suspicious on the property and had a funny feeling they were up to no good. Washington confronted the person, then discovered the trespasser had a weapon in their possession. He acted quickly, summoning the police. His calm and quick response led to the apprehension of the trespasser and ensured safety of residents.

For their bravery and alert thinking, Rodriguez and Washington were recently recognized with Planned Companies’ Living Our Core Award for the second quarter of 2020. The award recognizes and honors those who exhibit Planned Companies’ values of Integrity, Teamwork, Exceptional Customer Service, and Never Being Complacent.

“When you consider that Planned Companies operates in 11 states and has more than 4,300 associates, you realize that our Living Our Core winners are truly the cream of the crop,” said Planned Companies President and CEO Robert Francis. “These are the people who reflect the tenets of our company, live our mission, vision and values, and set a positive example for their colleagues.”

Rodriguez, a West New York, New Jersey resident, has worked with Planned Companies for nearly four years. The 21-year-old loves his job and also the fact that he can progress through the company from one position to another.

“Planned is a wonderful place to work, always doing things to support their employees and show that they care,” Rodriguez said. “I was so excited and proud to receive this award, so much, I called my mother and grandmother right away.”

Washington, who lives in Bowie, Maryland, joined Planned Companies on January 1, 2020. After confronting the weapon-bearing trespasser, Washington has since witnessed a second crime in progress, the attempted theft of a motorized scooter. “My motto is to just take things one day at a time,” said Washington. “If you stay positive you will always see life from the bright side.” 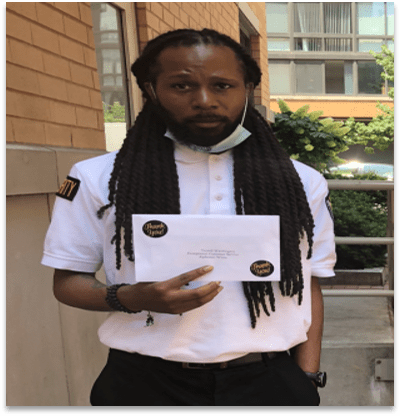 In addition to Rodriguez and Washington, three other Living Our Core winners were recently named, including: