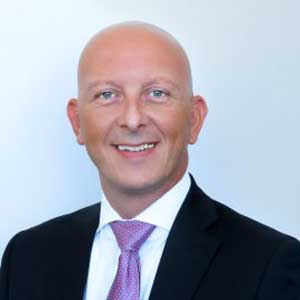 Astrit (Tony) Gorana joined Planned Building Services in 2000. Starting as an Account Executive, he has ascended through the years to Director of Operations, Vice President of Operations and currently Chief Operating Officer. Gorana oversees the operational functions of all divisions throughout the organization, with client satisfaction and relationships at the forefront of his focus. Gorana, an industry expert, serves as a daily resource and mentor to his team of executive directors. He works with his team to identify and implement process improvements for increased efficiency and effectiveness, conduct property assessments and review contract renewals, and support client relations for maximized communication and understanding of their needs. As a leader who lives and breathes the business, Gorana prioritizes supporting a team culture that passionately delivers superior service. Committed to sustainability, Gorana also received his LEED AP designation in November 2008 and has been the key driver in launching “Planned Goes Green”, the company’s green movement program. Prior to Planned Building Services, Gorana started his career in the janitorial and maintenance business as a teenager. He brings his extensive experience and growing knowledge to Planned, consistently introducing and implementing the latest industry innovations. Gorana inspires the team daily with his diligence, integrity and commitment to customer service.

Our Operations team is available day or night to ensure our clients’ needs are always satisfied.  The Ops team handles oversight and supervision of the field associates.

Each region has a dedicated senior management team, which is identified below. 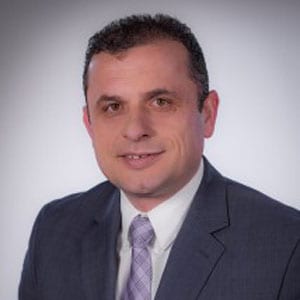 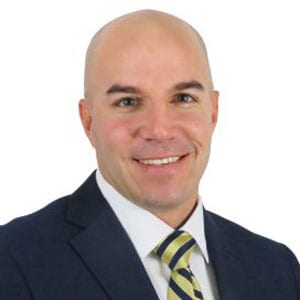 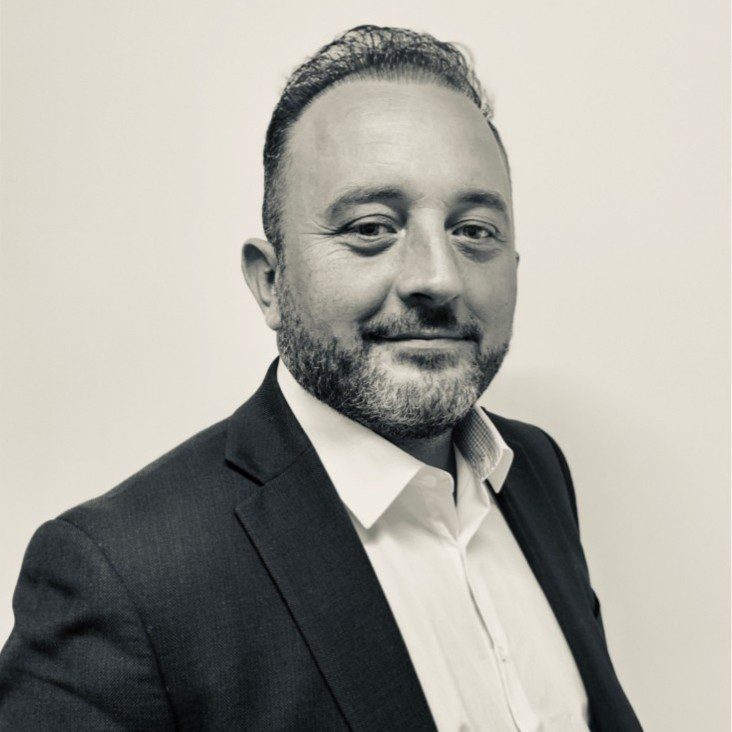 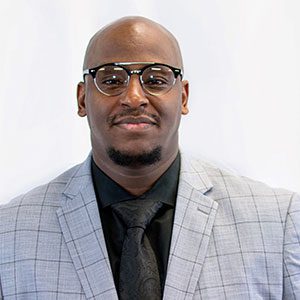 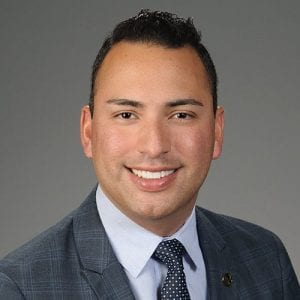 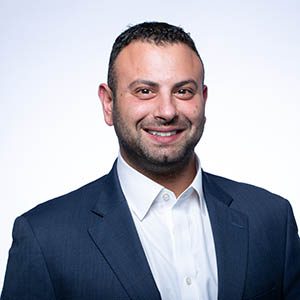 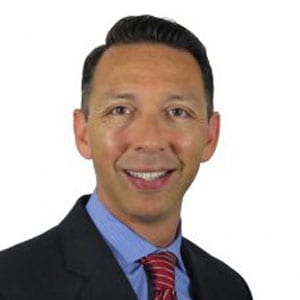 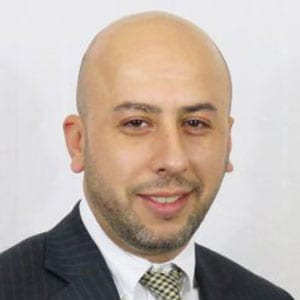 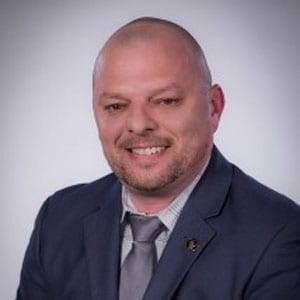 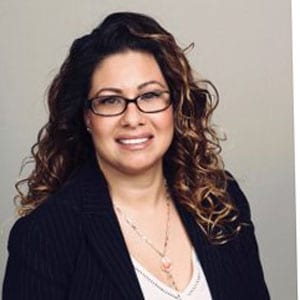 Safet Palevic joined the Planned Companies team in 2004, where he started as a regional supervisor. Palevic’s dedication and drive enabled him to succeed, climbing the corporate ladder to his current position as Vice President of Operations for New York, Connecticut and the New Jersey Gold Coast regions. He is responsible for managing a team of regional managers and overseeing multiple accounts. With a main focus on client retention, Palevic directly works with Planned’s corporate departments, such as human resources, sales, payroll, and purchasing to ensure a seamless site start up process for all of his accounts. Additionally, he reviews budgets, holds monthly meetings and keeps his operations team accountable and dedicated to client satisfaction. Palevic has over 15 years of residential building operations experience.

Steven is a proven security professional who is responsible for overseeing all field operations for the Northern New Jersey and Gold Coast region. He also works directly with Planned’s corporate departments such as human resources, IT, sales and marketing, payroll, and purchasing. From launching seamless site startups to overseeing the execution of process and procedures across his entire portfolio, Steven’s experience and knowledge in the industry is unparalleled.

Steven graduated from Seton Hall University and holds a bachelor’s degree in Social Sciences. He began his corporate career in account management before transitioning into a law enforcement career as a police officer and graduated from the Passaic Country Police Academy. Following his Law enforcement career, he then transitioned into corporate security executive management, overseeing security needs for a global pharmaceutical company based in North Jersey. In addition to his extensive law enforcement and security training, Steve has attended multiple courses in Executive Protection as well.

Albert began his journey with Planned Companies in February of 2009. He was originally hired as an Operations Manager for our North Jersey region. He was promoted to Executive Director of New York City and Long Island in 2017. He oversees a team of 5 including Liridon (Doni) Salovic, Miri (Gazi) Dabi, Bret Spader, Manny Perez & Adrian Paljevic. Prior to joining Planned Companies, Albert was involved in several service-based positions including a waiter at a restaurant, carpenter and a foreman.

Reuel Williams is the Vice President for the Mid-Atlantic division of Planned Companies. He has been with Planned Companies for more than two years, formerly serving as the Executive Director of Operations for Maryland, Washington DC, and Delaware. Reuel has more than 20 years of experience in the janitorial and facilities services field and is an accomplished senior level corporate professional experienced in managing major facility service projects for corporate, government, industrial, manufacturing and healthcare facilities. Reuel has worked for General Maintenance Co, Service Force USA, Motir Services, Crystal Enterprises and NSC. In addition to that he has owned and operated his own consulting firm specializing in helping facilities services companies leverage technology to better service their partners. In his various roles Reuel has provided quality leadership and effective communications for 400+ facility personnel and managed over 30 facilities and 5 million sq. ft. daily in DC, MD, VA, and NC. Among some of his career highlights are: managing the custodial contracts for; Reagan National Airport, BMW Manufacturing Plant in South Carolina, The DC Citywide Govt Contract, Central Piedmont Community College, just to name a few. In addition to his work experience Reuel is a graduate of the Darden School of Business at UVA and is a certified floor tech and OSHA trained manager.

A hospitality and property management veteran, Juan Jose Chaves joined Planned Companies in January 2012 and is responsible for sales and field operations in Atlanta, North Carolina and South Carolina. Prior to joining Planned Companies, Chaves worked in the hospitality industry with White Lodging Services for eight years and Archstone in Maryland and Virginia for more than four years. Originally from Costa Rica, Chaves brings his passion, attention to detail and ability to develop cohesive teams that perform to the high standards of our organization. He received his business degree from The Latin American University of Science and Technology and University of Notre Dame.

John Fahmy is the Vice President for the western region. Fahmy started his career with Planned Companies as Executive Director for the New York and Connecticut regions, but due to his expertise in relationship building and retention was relocated to the Mid-Atlantic region for the potential growth opportunities for Planned Companies.

He began his career while in college as a front desk agent at two of NYC’s top hotels. Later in his career, he was a regional sales manager for one of the largest AT&T resellers. Through this career opportunity, he gained many of the associate retention skills and multi-site management expertise that he has brought to Planned Companies.

Marcos Guerrero joined the Planned Companies team in May of 2004, where he started as an Operations Manager, formerly titled Account Executive and then Operations Manager for some time. Marcos’s exceptional work in his role of Operations Manager enabled him to succeed, climbing the corporate ladder to Executive Director of Operations. Marcos now covers the New Jersey Gold coast, otherwise known as the Hudson Waterfront District, and soon will add uptown Manhattan and Connecticut to his regions as well. He is responsible for managing a team of Operations Managers and overseeing multiple accounts. With a focus on client retention, Guerrero directly works with Planned’s corporate departments, such as human resources, sales, payroll, and purchasing to ensure a seamless site start up process for all of his accounts, while reporting directly to the Vice President of Operations. Additionally, he reviews budgets, holds monthly meetings and keeps his operations team accountable and dedicated to client satisfaction. Guerrero now has over 15 years of industry experience. Prior to working for Planned, Marcos sold mortgages for Ameriquest. He was also involved in a family owned business for a few years before that. Ironically enough, Marcos also worked in the same cleaning company where Astrit Gorana started his career in this industry. First as a porter, truck driver, warehouse helper, warehouse manager and last field manager.

Besim Dodiq rejoins Planned Companies as an Executive Director for North Jersey continuing his 15-plus year journey delivering exceptional customer service and value-added vendor relationships.  Besim reports to Steve DePascale.  His team is comprised of Romulo Reynoso, Chrisptin Hulse, Ian Watts and Dino Koleci. Besim originally started with Planned Companies in February 2008. He began his Planned Journey as an Operations Manager for regions of New Jersey. He was responsible for managing several locations, overseeing that the daily operations were completed accurately and efficiently while also communicating with the clients to help with their needs. Prior to joining Planned Companies, Besim was a concierge at Brown Harris Stevens for several years.

Ugo Bellomo began his career at Planned Companies in 2016 as an Operations Manager, overseeing concierge and security accounts for the Northern region portfolio. Ugo was promoted to Executive Director in 2022, where he oversees a team of Operations Managers, in addition to client/associate retention, new account startups, and daily operations and associate/field management. He attended County College of Morris and the French Culinary Institute where he received a degree in culinary arts and opened his own restaurant.

Ugo has more than 25 years of law enforcement, security, and fraud investigation experience gained throughout his careers as a Corrections Officer, Welfare Fraud Investigator, and as a Police Officer with the Newark Police Department in NJ. He held various positions within the police department, including Robbery/Homicide Detective, as well as being a Task Force Officer with the Federal Alcohol Tobacco and Firearms Bureau (ATF). Ugo takes great pride in building strong relationships with property managers and our Planned Companies team members in our Lifestyle (PLS) and Security (PSS) divisions.

Ismet (Izzy) Mehmeti has been with Planned since 2002 and is the Planned Building Services Operations Manager for the Northern New Jersey region. He currently supervises a team of regional managers that oversee multiple accounts.  In addition to staff management, Mehmeti is responsible for budgeting, quality control, site inspections and works directly with Human Resources for associate hiring and proper on-site placement. Mehmeti has over 12 years of industry experience with a background in operations and construction.

Gazi Dabi started his career with Planned in February 2013 as a regional manager, was promoted to operations manager and is now Executive Director, Northeast Region.  He covers all five boroughs of NYC as well as Long Island.  His team consists of five operation managers and one junior operations manager.  Gazi's primary focus has been to always been to build a partnership with clients, providing exceptional customer service, and supporting his team from A to Z the Planned way.

Prior to joining Planned, Gazi worked as a quality control manager for ABM and a manager for a steakhouse in Staten Island.

Eleane Genie joined Planned Companies in 2015 where she started the role as an Executive Director of Operations for Planned Building Services. Eleane, brings 14 years’ experience in the service industry, exceptional customer service, passion and great Leadership. She oversees the janitorial and maintenance operations for the Mid-Atlantic region for Planned Building Services. She is responsible for managing a wide array of properties and handles the oversight and supervision of a team of Operations Managers and field associates. Eleane focuses on client retention, client satisfaction, associate retention, account startups, budgets, and supervising all field management. Prior to working at Planned Eleane Genie worked at ABM industries as a Marketing Assistant where her responsibilities were supporting the entire Operations Division, generate proposals, pricings and presentations. Eleane served 1 year as a Marketing Assistant before she was promoted to Business Development Manager and for 8 years she was responsible for generating new business and building relationship for the company. At ABM Eleane was the Business Development Manager for Washington DC and Virginia territory.
Manage Cookie Consent
To provide the best experiences, we use technologies like cookies to store and/or access device information. Consenting to these technologies will allow us to process data such as browsing behavior or unique IDs on this site. Not consenting or withdrawing consent, may adversely affect certain features and functions.
Manage options Manage services Manage vendors Read more about these purposes
View preferences
{title} {title} {title}
X